Conservation of the Giant Sable Antelope in Angola 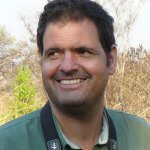 Pedro is a 51 years old Angolan PhD biologist and director of the local NGO Kissama Foundation. He has been coordinating the giant sable project for 15 years and is involved in several other biodiversity conservation and research projects in Angola.

At the aftermath of the protracted civil war that lasted for several decades in Angola, the giant sable was left on the verge of extinction, leading to the implementation of an ambitious rescue program. Emergency intervention has so far included building of sanctuaries, translocations between reserves, regular aerial surveys, darting and collaring and, above all, the step-up of law enforcement on the ground. Following a hesitant progress at first, the populations of this iconic antelope are now finally showing promising and consistent signs of recovery.

A unique and superb animal, but not just the horns

One of the last large mammals to be described by science in Africa, in the early 20th century, the giant sable Hippotragus niger variani, has since enjoyed the reputation of being the most magnificent of all antelopes. Much contributing to its fame, are the long and massive horns that in mature bulls can grow up to 65 inches, as measured along the curvature. While only exceptional ‘non-giant’ sables grow horns above 50 inches, virtually all giant sable bulls do, and half of the specimens listed in Rowland Ward’s Record Book surpass the 60-inch mark. Other well-known typical features of giant sables are the absence of white muzzle stripe on all males and often or partially on females. Nevertheless, it is not rare for sable bulls in western Zambia, southern DRC and western Tanzania to also show dark faces. In reality, giant sables display several other unique morphological features, spanning from different facial patterning and coat coloration on both males and females, to significantly longer and narrower skulls and, in the case of bulls, to a more muscular build with massively thick necks and deep chests, and a characteristic hump on top of the skull. It is the full package that makes the giant sable so special and the horns are just the cherry on the cake.

Endemic to Angola, its natural distribution is restricted to the upper Cuanza river basin. The total population was once estimated at over 2,000 individuals, yet no herds have ever been recorded outside the two protected areas specifically designated for its conservation, Cangandala National Park (CNP) and Luando Nature Strict Reserve (LNSR). Recent and ongoing genetic research not only demonstrate that the giant sable is a valid separate subspecies, but also that it constitutes the most genetically distinct, isolated and divergent among sable populations.

Various attempts have been made to blur the differences between giant and other sables, or suggesting the former could, naturally or accidentally, extend their distribution into neighboring countries. Such ill-informed or unscrupulous claims were sometimes intended to artificially increase the value of game farm animals but did little to help protecting the rare antelope in Angola. As evidenced from genetic tests, sables currently farmed in RSA contain a large proportion of Zambian ´blood’, and yet none from giant sable. Still, the influx of Zambian sable coupled with a significant investment in intensive management practices has much increased the average horn size of sable in South Africa and thus the market value of those animals. It is reasonable to expect the sizes of horns in farmed animals, through genetic manipulation and aggressive selective breeding, may eventually surpass those of giant sable. But by strictly favoring certain features, other characteristics will be necessarily neglected as a trade-off. Ironically, when that happens, farmed sables will carry giant horns, but they will be nowhere closer to being giant sables!

During the civil war both giant sable reserves were abandoned, and its wildlife was heavily poached by armed forces. When the war ended in 2002, the giant sable was virtually extinct in CNP with only nine females left, who in the absence of sable males were crossing with a roan bull and producing hybrid offspring. Poaching for bushmeat was also rampant and human encroachment slowly creeping. An ambitious rescue program was then implemented in CNP, by creating a 400 ha sanctuary – a fenced camp that included prime habitats within the original herd’s home range and subsequently expanded to the current size of 4,300 ha. All nine surviving hybrids were surgically ‘fixed’, in order to minimize chances of breeding and interference with the pure herd. Between 2009 and 2011, two bulls and six females (yearlings and 2yo from four different herds) were captured in LNSR and translocated to the sanctuary. Although the original females were relatively old and most of them turned out to be infertile due to many years of poor and irregular breeding, strict security measures and the introduction of those six young females proved to be a game changer.

In LNSR the poaching crisis was alarming throughout the first decade of the millennium, when it became apparent that when peace arrived for men it also brought with it the bloodiest of wars for wildlife: the reserve had turned into a no man’s land and bushmeat was now widespread and threatening to wipe out the few mega fauna still left. Around 100 giant sable had survived the war in LNSR, and these were under immense pressure and declining. Too make matters worse, we were dealing with an aged population showing low recruitment rates into breeding age due to intense snaring that affected a disproportionately high number of yearlings and inexperienced young cows. Early on, our intervention focused on law enforcement, but the remoteness of the area and lack of infrastructure made progress slow, and the removal of six young females to rescue CNP in 2011 also contributed little to the recovery of this depauperate subpopulation. In subsequent years though, anti-poaching has been increased, including regular support from Angolan military forces, and a total of 48 GPS collars have been deployed on males and females, allowing a novel and in-depth understanding of the giant sable behavior, and also proving to be an invaluable tool for law enforcement.

Latest update and the way forward

The animals in CNP have remained well-protected in the sanctuary and regularly monitored. After a slow start, breeding picked up and the herd growth has been spectacular. A crèche with 20 calves was observed in last July, and we estimate the population in the sanctuary to comprise now over 80 animals. Breeding has not been managed in any way, and no males have yet been removed from the sanctuary. Nevertheless, fighting between bulls isn’t obvious and not so far perceived as a problem. Hierarchies have been established following natural social dynamics, during which dominance is regularly challenged, while several bulls may have the chance to breed in every season. In any case, we are currently working on a studbook and most animals are being genotyped. Over the next few years we intend to expand the sanctuary, doubling it in size to accommodate this fast-growing population, this way reducing the risks posed by disease and habitat deterioration and avoiding the need to introduce intensive management practices. In the meantime, we expect next year to constitute a second, much smaller nucleus, on a separate fenced camp which will be destined for tourism.

Between 2011 and 2016 we managed to stabilize the population numbers in LNSR, even though the growth was marginal at best, but the results from aerial survey carried out in July this year were encouraging. We recorded a 17% increase over the past three years and estimate the Luando population, now in five herds, to total between 160 and 180 sables. The recruitment rate of young animals into breeding age has also been much-improved, which is likely the result of our crackdown on dry-season snaring during the past couple years. This is not to say that poaching is under control, and indeed if it wasn’t for poaching the net gain in terms of population growth could have been twice as much over the same period. By remotely following the herds on a daily basis and further increasing their security on the ground we expect to maintain and reinforce this trend, but the biggest challenge will be to implement international park management standards in Luando Reserve, necessary for the long-term conservation of this iconic species.

2 thoughts on “Conservation of the Giant Sable Antelope in Angola” 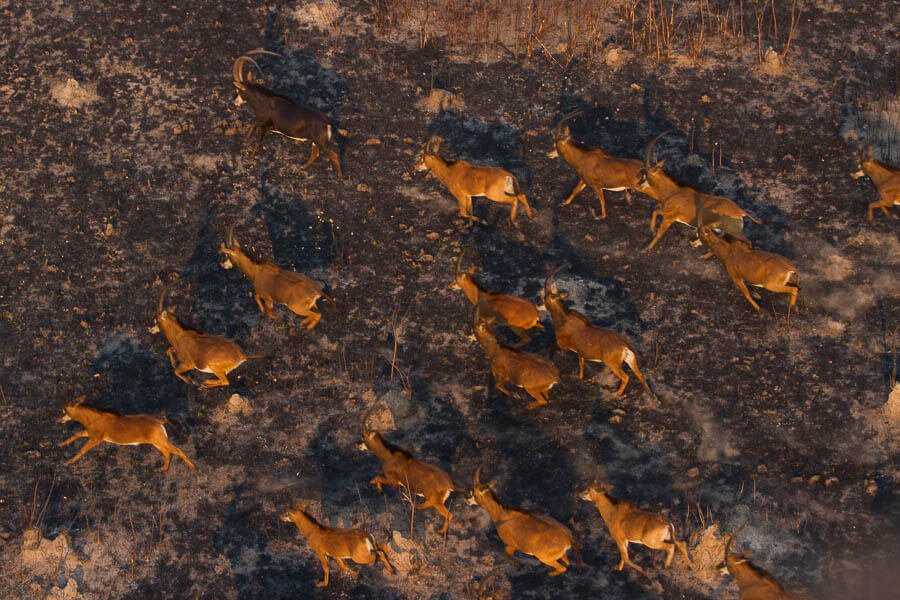 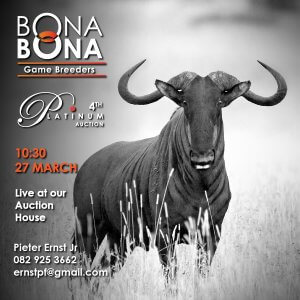 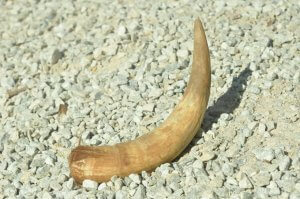 Author: Aderjan (Jan) Jacobus Botma Jan Botma was born and raised on a farm near Wolmaransstad. He studied