Pirate 32”and Kimberley 31” and Denga 31″are in separate camps with some of the best female’s in South Africa.

We believe that the genetic diversity offered by these  different bulls will further enhance the quality of progeny we will be making available to the breeding market in the near future.

At 11 years of age, Pirate now measures 32.5”. He has produced numerous sons which have exceeded 30” horn lengths. Pirate was extensively used at Nyumbu Game (Norman Adami, www.nyumbugame.net) as part of a roan super-group project. No less than twenty of Pirate’s daughters remain in this group.

The average spread of Pirate’s progeny exceeds 10”. When last measured, at just under 3 years of age, his oldest female offspring measured 20-22”, with a tip to tip measurement of 10-12½”. Pirate’stwo oldest male progeny measured 30” at 3 years/10 months and 3 years/11 months respectively.

Pirate also produced a number of bulls between 3 years/5 months and 3 years/9 months with 28½” to 29½” horns. With these superior measurements being achieved at a young age, Pirate’s animals are scientifically certain to surpass the 30” mark. 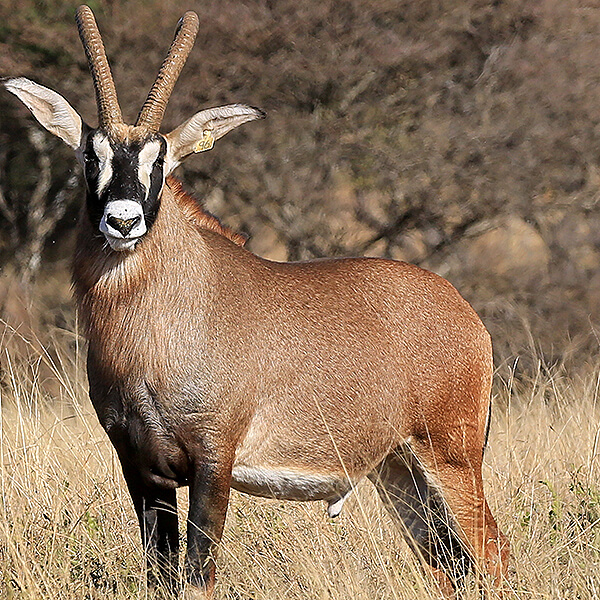 Denga is an exceptional 4 year old roan bull with horns measuring 31+” and a spread of 16″ tip to tip. He arrived at Hillcrest in September 2019 from Nyumbu Wildlife. He is the son of sire Tswalu (31+”) and dam Julia 25+” He is an outstanding wide horned, large bodied young bull with special genetics. 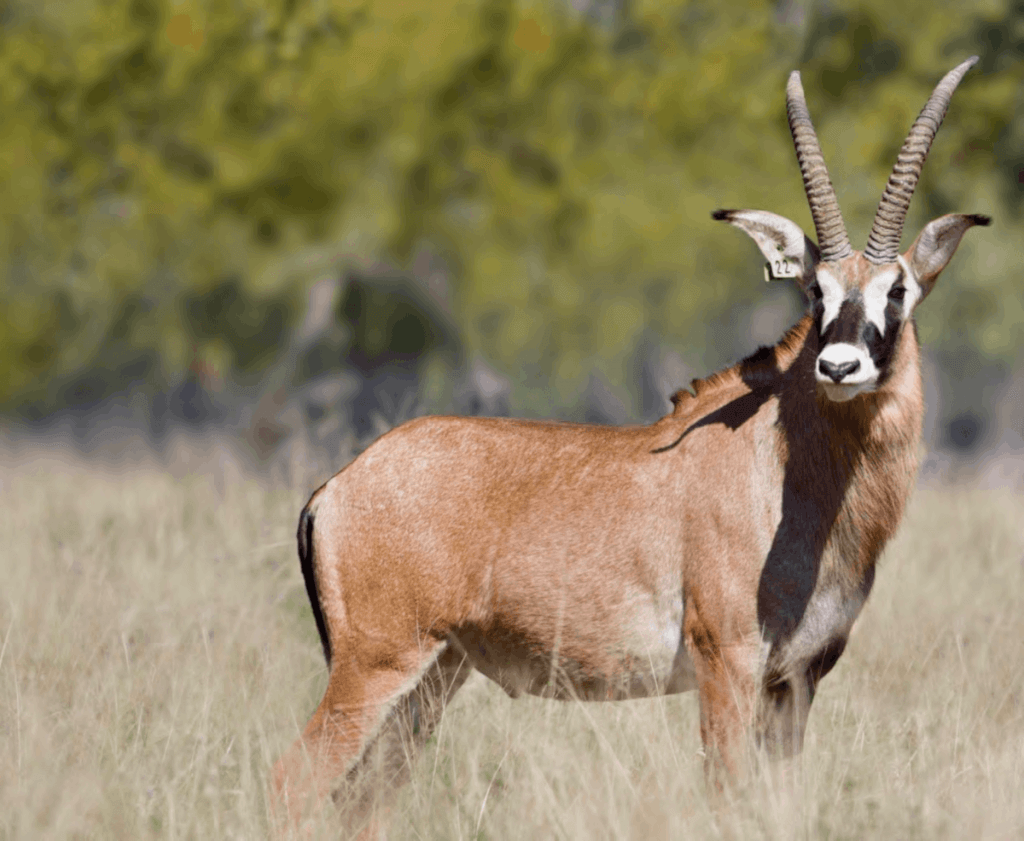